A Weekend in ‘LA’ 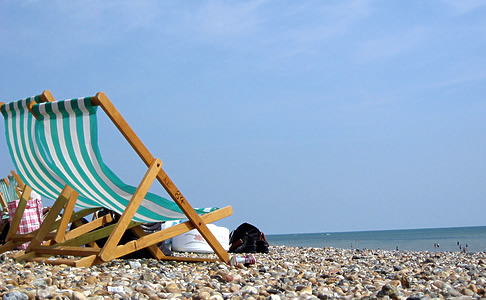 This last weekend me, Ellen, Nash, Hannah and Charis joined Jon on a visit south to Littlehampton where we spent two days with his girlfriend Katie and her mates, at a house she was looking after. I have to say this has probably been one of the best weekends I’ve enjoyed in a long while. I drove down with Nash and Ellen (who in full control of the CD player gave us a great mix of tunes), arriving in LA to enjoy the tail-end of a house party.

We spent Saturday morning on and around Littlehampton beach, before heading over to Brighton in the evening for some comedy (narrowly missing much of Gay Pride that was happening in the city that day also). On Sunday we met Katie’s parents, and enjoyed a fine BBQ, before sadly having to head back home.

It occurred to me during this trip, that I was in the area exactly three years ago. This got me thinking (as I lay on the beach that Saturday) about how much has changed in that time… but lets avoid the nostalgia for now… that’s for another day.

Anyhow, a big thanks to Katie, her parents and everyone who I spent this weekend with, it has seriously been one to remember. Boop!

Previous Welcome to Wherever You Are
Next Twenty-Six