A Bomb in Littlehampton?

On Friday evening I got a call from Jon on his way back to the house after a night out, asking if I had heard anything about a bomb found near Littlehampton station. Fearing I either was being stitched up, or just meters away from the scene, Jon suggested I check Twitter to see if the story could be confirmed. Sure enough one single tweet was there waiting for me: “Littlehampton train station closed and lots of police. What’s goin down twits?”

With some excitement, yet still fearing I might be being led up the garden path, I set foot outside the house and walked towards the end of the road. Everything seemed quiet and orderly, nothing suggesting I was in the immediate vicinity of a suspected bomb. 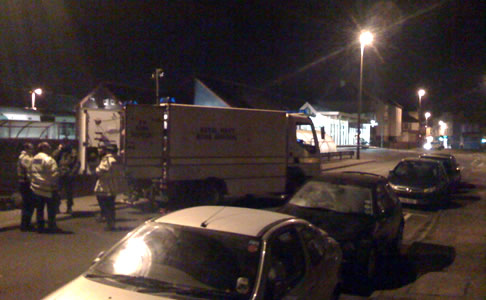 Upon reaching the main road, I looked to my right and towards the train station. There I saw a deserted road sectioned off with police tape, and a bomb disposal robot just in front of the station lobby. Turning to my left I saw a Royal Navy Bomb Disposal Unit and several police officers, who by this point were asking me to move towards them and away from the cordoned off area. 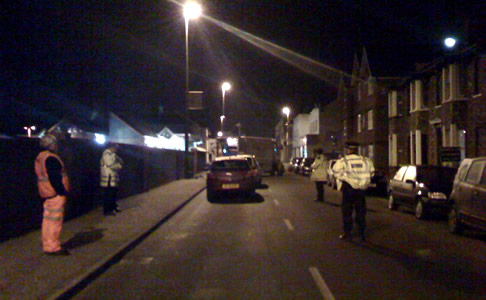 After talking to some of the officers on the scene, it turns out they had been there for a number of hours, in a delicate and drawn out exercise. After watching them shot at the package from afar (I was told so they could disturb it and examine the contents more closely) they were still determining its safety when I returned home around 1am, although by this time I guessed a conclusion had already been reached: it was safe.

All in all, a pretty exciting start to the weekend!

Previous An Inconvenient Update
Next An Apple by Any Other Name