Studio 60 on the Sunset Strip 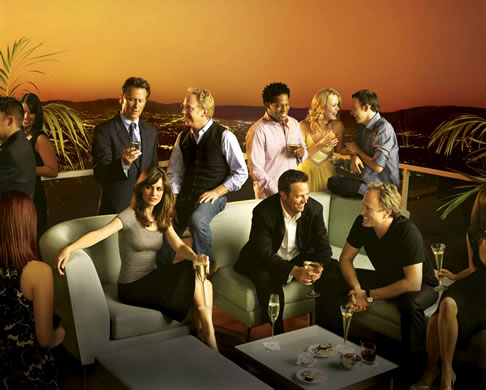 Dubbed by many as the West Wing meets Hollywood, it actually contains my favourite actor from that show—Bradley Whitford (who played Josh Lyman) as well as a few other familiar faces from the Bartlet Whitehouse—Matthew Perry (Joe Quincy), Timothy Busfield (Danny Concannon), and surely it’s a matter of time before Joshua Malina appears on the new show (having appeared in every Aaron Sorkin project to date). It also stars Nate Corddry, who will be familiar to Daily Show viewers.

I’m really looking forward to this one, and should hopefully fill the gap left by the axed West Wing. Studio 60 airs ‘in the fall’ in the States on NBC, but I would imagine it would arrive in the UK the beginning of next year, and no doubt on Channel 4.

Previous Enough of the Plodding, Time for Some Blogging!
Next When in Rome