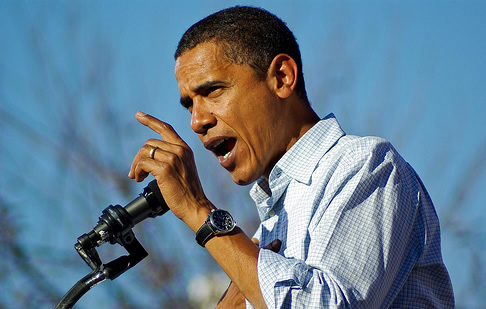 Growing up, my brother was always the one in our family more interested in American culture. Whilst he followed the NBA and listened to Public Enemy, Wu-Tang Clan and Eminem, I stood to the National Anthem and worried about Britain’s growing closeness to Europe. America was of little importance to me.

Two years ago, he and my mother came to visit me shortly after I had moved to California. I admired America enough to know the opportunity to live and work there was something not to be turned down, yet I probably saw this more as a chance to promote my own culture and ideals, rather than learn about or be influenced by theirs. In stark contrast, my brother during his first short visit, walked with a spring in his step, gleefully chatted with shop assistants, waitresses, and taxi drivers, his eyes wide open throughout the trip.

Over time I did learn more about the country and its people. Observations of America from home tended to focus on outlandish conservative attitudes and evangelical convictions—yet living in San Francisco, I was able to see at first hand the more liberal section of its society, albeit somewhat downtrodden by this point.

I was amazed by the level of political awareness and activism that existed, perhaps no surprise given the number of different votes it’s citizens were able to cast (with local, state and federal governments; legislative and executive appointments). Of course, the only television worth watching was the late night political comedy shows fronted by Jon Stewart and Stephen Colbert, which given the banal and biased nature of the larger news networks, turned out to be the only ‘news’ worth watching.

Whilst I was now quite immersed in (some sort of) American way of life, I’m not sure when Obama first came to my attention. I do distinctly remember watching his announcement from Springfield, IL, in which he confirmed he was running for President, and already knew that he was the candidate I’d be supporting. Over time, his non-combative style, grace under pressure and call for change cemented that decision, whilst the way in which he embraced design, technology and the internet was encouraging given my interest in those areas.

By the time of the Iowa Caucuses, and New Hampshire primaries I had decided that I would be returning to the UK, yet I continued to watch the election with a keen interest, watching every debate, every concession speech, every victory rally.

After he clinched the Democratic nomination, not a day went by without reading the latest news and digesting the latest statistics from the New York Times. I stayed up until the early hours of the morning come election night, as I had done (almost by accident) in 2000. With that horribly contested result in the back of my mind, I crossed my fingers, and hoped the predictions of an Obama-Biden victory would be proved right.

Watching the BBC’s election night programme made me realise how emersed in the American election process I now was. The corporations coverage, aimed at a nation more used to election campaigns that conclude within six weeks, aimlessly tried to explain an election process that by this point had lasted two years. Yet regardless of the commentary, the result was the same. Barack Hussein Obama—the black guy with a ‘funny sounding name’—had been elected as the nations next President. I was overjoyed, yet if I’m honest, also a little surprised that America had the power within it’s people to do the right thing.

For the first time, in many years, I started to see America in a far more positive light.

As I’ve watched Obama move from campaigning to governing, I think we can start to see the the kind of president he’ll be. Obama seems a man of ideals, not ideology. Whilst he may be liberal minded, he seems able to put these views to one side to reach a common consensus. Yes, that may mean compromise, but quite often it is a choice between that, or making no progress at all. President Obama seems intent on getting things done, and it is this approach that will allow him to do so.

That is not to say I don’t expect him and members of his administration to make mistakes (they’ve made a few already). However I think these will only come because they have set the bar so high, both during their campaign, and the inflated expectations it created.

Two months since his election, I’m still excited by the opportunity for change that he brings. I have followed his rise since seeking the Democratic nomination, throughout the general election campaign, the transition, and will likely continue to do so through his first 100 days and beyond. I truly hope he can live up to his promises.