The date the Prime Minister will finally be leaving office has been announced, and his successor, Gordon Brown all but crowned. Prime Ministers are such a part of day-to-day life, that when they change, it prompts you to reflect on their period in office, and how their tenure effected your own life. 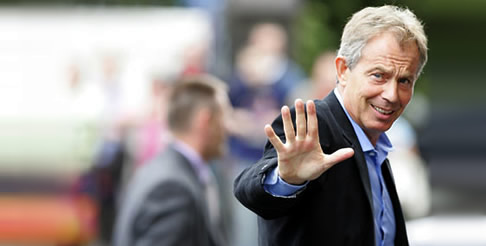 When Tony Blair entered Downing Street in May 1997, I was just under the threshold of being able to vote. I do remember the event pretty well, having lived my life up until that point knowing nothing but the Tory governments of Thatcher and Major. For a little while things certainly felt a little strange.

At that time I was a closet Conservative, but even I welcomed the opportunity for some change in government and some new ideas. Hopes were high for this first Labour government in 18 years, if only because those hopes were raised by this fresh faced center-left social democrat who preached the third way.

It didn’t take long however to work out that this government was going to be just as bad as the previous, if not worse given it’s agenda of ‘spin’.

At the end of the day I can only comment on Tony Blair’s success, by looking at how Blair’s ten years effected me.

I was always against going to war in Iraq. To me it seemed more like a US focused policy (after all it was stated aim of the Neo-conservatives to remove Saddam from power, and 9/11 was just the catalyst they needed to pursue that policy).

I think this was the greatest error of Tony Blair’s ten years in power, and has come to reflect all that was wrong with his premiership. The constant spinning of information, whilst almost humorous to start off with, has become quite sinister when applied to the reasons for going to war (remember the ‘45 minute’ claim).

I’m not sure where this notion ever came from, but political commentators have always talked about Tony Blair trying to ensure he left office with a legacy.

Regardless of the domestic policies, which could be argued either way as to how successful they’ve been, the fact that Tony Blair lead us into a war, alongside a frankly crazed American leader, and presented this policy with plain lies, is inexcusable, and that will be his legacy. And he knows it.

Previous Whose Space?
Next Seven Goals for 2007: An Update