Last year taught me a valuable life lesson—that aside from making the most of any opportunities that come your way (and I’ve had my fair share of them), you can (and should) create your own opportunities if you are to actually make the most of your time on this Earth.

Right now I almost feel master of my own destiny, and begin 2007 with an incredibly positive attitude (and I think it’s spreading).

January the 1st saw me launch a little update to this website, that finally includes a new photos section. Whilst not as in depth as the previous version I had on the site, I certainly plan on adding to it over the coming months. First up are photos from the month I spent in Sydney, Australia at the end of 2003. (Blimey, was it really three years ago… I’m not sure how much longer I go without having to make the trip back!) 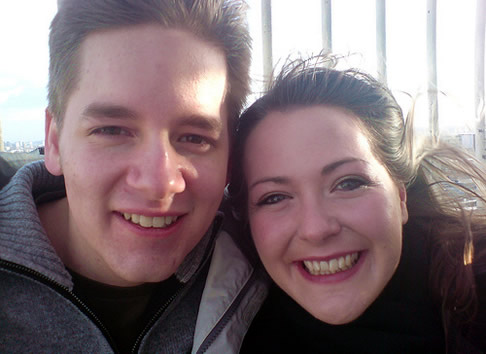 Yesterday saw me treat Ellen to a day out in London, which is her favourite city. We climbed to the top of both the Monument to the Great Fire of London, and St. Paul’s Cathedral, a total of 1478 steps. Needless to say my legs are killing me today, but what a brilliant way to start the New Year, a whole ‘day of fun’ with one of my best friends.

As for day three, well soon after I’ve posted this, it’s back to work, and time for me to start on the designs for the new ning.com homepages—an update I’ve been dying to make for some time. The current pages are a little sad if I’m honest and more importantly, they are increasingly far removed from what Ning actual has to offer both now, and over the coming year.