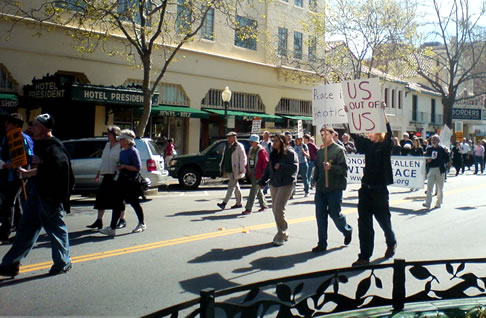 Only at an anti Iraq war demo in Palo Alto could a fight break out. The dialogue between a demonstrator, and a couple of bystanders went something like this:

Demonstrator: Thanks for your support sir! All the best to you and your children!

Bystander: I don’t have any children…

Demonstrator (walking away): Son of a bitch!

Demonstrator (aggressive): What did you say?

Second Bystander: There was no call for that…

…and before the fight could begin the police stepped in! And you wonder why America has trouble ‘liberating’ Iraq…

Previous Such Great Heights
Next .com